All tickets bought for this event will be for RESERVED seating.
***WHEELCHAIR ACCESSIBLE seating is available online***
Also, if you need reasonable accommodations, please call our Box Office: 781.646.4849
ONE SHOW ONLY
Doors will open 30-Minutes prior to start time…

All ticket prices include an embedded $3.00 Facility Fee
ALL SEATS: $30.00
[A Convenience Fee is added ONLINE, BY-PHONE and AT-THE-BOX-OFFICE]


Balcony seating is not currently available 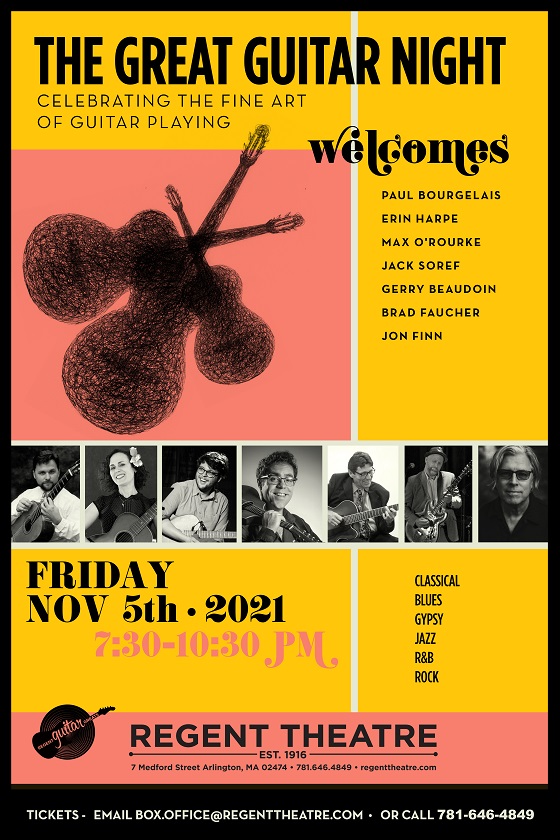 This wondrous evening will explore the many facets of guitar playing.  CLASSICAL, BLUES, JAZZ, GYPSY, R&B, and ROCK genres will be represented, and celebrated!

Jon Finn - A guitarist since age six, Jon Finn has been a professional musician for most of his life. Today, he’s been repeatedly acknowledged within the international community of musicians as being, a clear leader in Modern Rock Guitar as a performer, composer and educator. He joined the guitar faculty at Berklee College of Music in Boston in 1988 and appears with the Boston Pops Orchestra and the Jon Finn Group.  Jon has had his music nominated for two Grammy Awards and tours internationally. 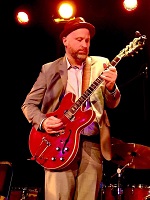 Brad Faucher - A musician, music teacher, short film producer and live music producer Brad wears many hats in his busy career.  Brad has long been a first-call guitarist and vocalist on the Boston blues, jazz, and R&B scenes.  Notable local performances include the Regent Theatre in Arlington, Boston’s Symphony Hall, and Tanglewood.  A true artist’s artist, and a musician’s musician- Brad effortlessly blends blues, jazz, gospel, and R&B in his own unique and original style.  He has appeared with blues legends Ronnie Earl and Mojo Buford.

Gerry Beaudoin - An elder statesman and award-winning jazz guitarist with an international reputation, Gerry has had his music placed on the Grammy Awards Ballot three times in his career.  Called, “One of New England’s premier jazz guitarists” by Just Jazz Guitar Magazine and a “Swing Guitar Master” by the Boston Globe, Gerry has a career that has spanned forty years and fifty recordings and DVD’s. Bringing his blues-based jazz guitar style to the USA and Canada the Smithsonian observed, “A Beaudoin performance is a lesson in sophistication and class”.

Jack Soref - Is one of New England’s premier gypsy jazz guitarists.  In 2011, he spent half a year living in Paris France, to study and absorb the music of Django Reinhardt at its source.

Jack has performed as an accompanist for international jazz manouche luminaries such as Joscho Stephan, Gonzalo Bergara, Olli Soikkeli and Adrien Moignard.  Soref has been a perennial favorite at Wisconsin’s Midwest Gypsy Swing Fest, and has been a guitar instructor at the prestigious “Django in June” events. 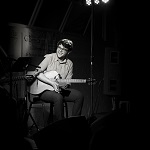 Max O’Rourke - Born and raised in rural Vermont, Max O’Rourke began studying guitar at the age of six. When he was eighteen, he traveled to Holland to study the style of Django Reinhardt with some of the legendary guitarist’s direct descendants.  He is the recipient of the Djangofest Northwest Saga Award for outstanding young musicianship. Max has established himself within the national gypsy jazz circuit by touring with the bands of Gonzalo Bergara, John Jorgenson, and Rhythm Future. 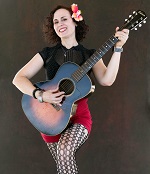 Erin Harpe -The Boston-based band leader, producer, indie label owner, singer-songwriter leads the electric blues quartet Erin Harpe & The Delta Swingers.  Erin has also issued a pair of well received acoustic blues albums.  A consummate blues singer and guitarist, Erin is also an in-demand finger-style blues educator who in 2016 released the DVD Women of the Country Blues Guitar.  Erin’s solo performances are an authentic and electrifying mix of the country and blues idioms.  Living Blues Magazine named Erin New England’s “ Blues Artist Of The Year,” and her “Meet Me In The Middle” record, was just named 2021 ALBUM OF THE YEAR by The New England Music Awards! 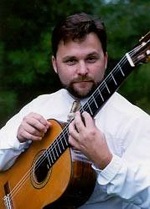 Paul Bourgelais -A classical guitarist, Paul has been involved with music for over thirty-five years.  A noted guitar instructor and recording artist, Paul has taught at a number of prestigious institutions including Notre Dame College.  He currently maintains a performance and touring schedule of 150 - 200 dates a year including biweekly classical guitar recitals at the Currier Gallery of Art in New Hampshire, featuring selections by Bach, Villa Lobos, Tarraga and Sor. Paul has released a series of classical guitar recordings.