When their efforts start to fall short a colorful German coach, teams up with reggae musicians to unite Jamaica beyond the soccer pitch.

Plagued with one of the highest murder rates in the world, Jamaica tries to inspire its populace by qualifying their national soccer team – the “Reggae Boyz” – for the FIFA World Cup. When their efforts start to fall short, a colorful German coach Winnie Schäfer enters the scene and forms an unlikely alliance with legendary reggae musicians and a Rastafarian factory worker to unite Jamaica beyond the soccer pitch!

More about The Reggae Boyz…

Jamaica has one of the highest murder rates in the world. But on November 16, 1997, when Jamaica’s national soccer team – a.k.a. the ‘Reggae Boyz’ – qualified for the 1998 FIFA World Cup, not a single bullet was fired in the country.

On the soccer field Jamaica’s big dream comes crashing to a halt. After a devastating losing streak, the coaching staff resigns. To revitalize the mission, Jamaica hires the colorful Winfried Schäfer, a journeyman coach who is known in his native Germany as ‘Winnie Wahnsinn’ (’Wacky Winnie’). Seeking knowledge about the local culture and sensing how much music and soccer are intertwined in Jamaica, Winnie meets the local newcomer band ‘Nomaddz’ and visits Bunny Wailer - the lone survivor of ‘Bob Marley and the Wailers’. Bunny introduces him to the ‘benefits of herb’ and suggests “putting Tuffy on the team will change your fortunes.” Winnie puts Tuffy on the team who promptly rewards him by scoring a last-minute goal that keeps the campaign alive a little longer. While Jamaica’s World Cup dreams don’t come true in the end, Tuffy’s goal and his courage to keep a dream alive, against all odds, inspires Jamaicans of all stripes and sets the national team on a path to success that culminates with Winnie coaching Jamaica to their first-ever Gold Cup Final. 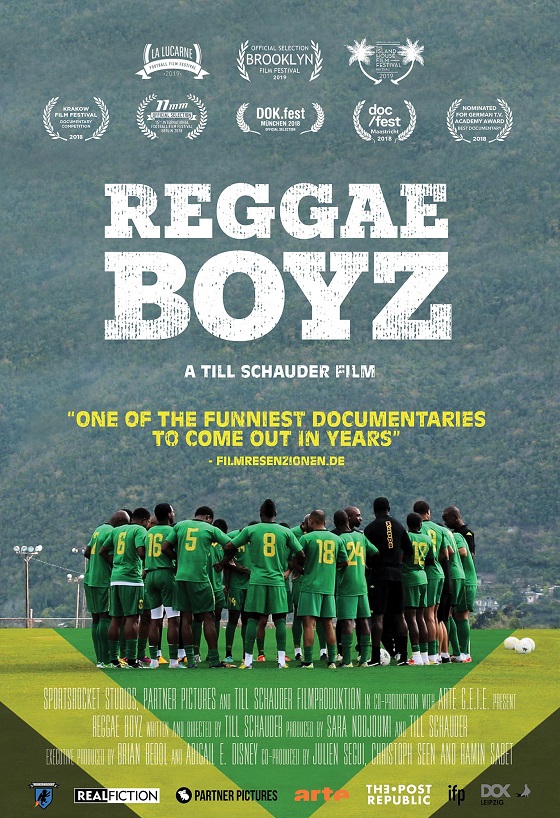