KING’S X LIVE!  is SOLD OUT

...with special guest - Kings of Spade 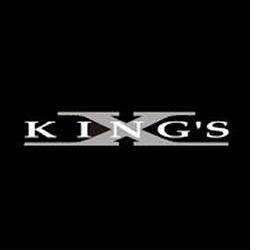 All seating is RESERVED...
If you or someone in your party has a request for seating accommodation...
...please call our Box Office: 781-646-4849 for assistance.

King’s X released their first studio album, Out of the Silent Planet, in 1988. Despite being hailed by music critics, the album didn’t fare well commercially, peaking at #144 on the Billboard album charts. The band’s 1989 sophomore release, Gretchen Goes to Nebraska, fared slightly better from a commercial standpoint. Significantly, the song Over My Head received moderate airplay on MTV and radio. The increase in exposure would prove beneficial when the band released their third album, Faith, Hope, Love, in the fall of 1990. 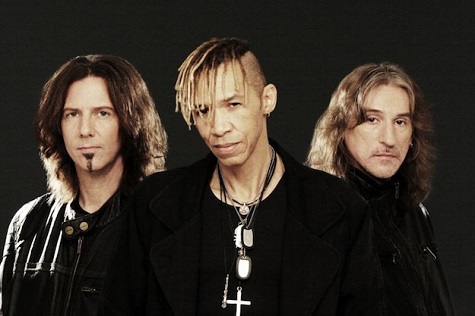 Faith, Hope, Love was the group’s first album to crack the US Top 100, with the help of the successful single It’s Love. The band landed a gig opening for AC/DC in the U.S. and Europe for the first half of 1991. They also toured with Living Colour and were nearing the peak of their popularity.

King’s X signed with major label Atlantic Records for their next self-titled release. After parting ways with their longtime manager, the band enlisted veteran producer Brendan O’Brien, who had previously produced albums for Stone Temple Pilots and Pearl Jam. The ensuing release, Dogman, performed respectfully on the charts. This success resulted in the band opening shows for Pearl Jam and a show-stopping performance on the opening night of the mammoth Woodstock ‘94 festival

King’s X completed their contract with Atlantic Records with “Ear Candy” in 1996, before moving to Metal Blade Records where they released four studio albums and one live release. The band’s latest studio albums, Ogre Tones (2005) and XV (2008), were released on the InsideOut label. “XV” was their first album since Ear Candy to chart on the Billboard Top 200, ushering in a new wave of popularity for the band.

KINGS OF SPADE are a high-energy, shameless dancing, foot-stomping brand of Blues Rock’N’Roll.  Fronting Kings of Spade is florescent-mohawked, Kasi Nunes, who’s fiery vocals recall a hybrid of soul queens Janis Joplin and Aretha Franklin.  Always wanting to push the bar at live shows KOS is in constant collaboration with other performers including dancers, musicians, or niche visual artists. They won 1st Place in the 2014 & 2015 Honolulu Pulse Awards “Best Local Rock Band” category, but have always set their sights on National touring.

With music conceived in their hometown in Honolulu, Hawaii, KOS jumped at the opportunity to record in Nashville, TN, with 2016 Grammy-winning producer, Dave Cobb (Rival Sons, Shooter Jennings). With the help of a successfully over-funded Kickstarter project to raise funds to record with Cobb, KOS finished their second self-titled album which has since been nominated for a 2015 Hoku award for “Best Rock Album.” They finished their 7th US mainland tour with several West Coast dates in March 2016 including a landmark showcase at LA’s Whisky-A-Go-Go. After performing a series of summer dates in June 2017 opening for King’s X in Europe, they return to the Regent Theatre for another unforgettable night of music as the support act for King’s X.