A Tribute to Todd Rundgren...

...the superstar musician, singer, songwriter and record producer who continues to tour after four decades of stardom!

All tickets bought for this event will be for RESERVED seating.
***WHEELCHAIR ACCESSIBLE Seating Is Available***
Also, if you need reasonable accommodations, please call our Box Office: 781.646.4849

[Ticketing Fees are added at all Points-of-Sale]

“Considered by many to be the Ultimate Rock Cult Hero Todd Rundgren has maintained a legion of fans through four decades, rivaled only by The Grateful Dead. Todd’s searing guitar work reached a nationwide audience, in his role as lead guitarist for the blues-psychedelic band Nazz. He wrote and arranged almost all of the work that went into the three albums the group produced. 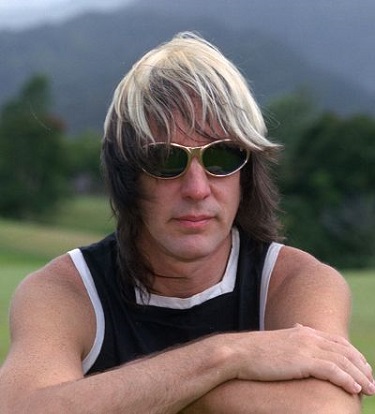 His first big solo success was in 1971 with We Gotta Get You a Woman and in 1973 from the double album Something/Anything? he scored big on the charts with I Saw the Light and a revision of a Nazz song, Hello, It’s Me.
Rundgren has scored huge as a music producer, most notably on Meat Loaf’s Bat Out of Hell opus. In the late 1970s and through the 1980s Todd formed the group Utopia, each member an accomplished musician and vocalist. He has also been called on by films and TV for his musical scores and sometimes tours with Ringo Starr as a member of his All-Star Band.”  Biography By: Buxx Banner

Click on the Alzheimer’s Music Project Logo to learn more.

Some of the proceeds from this concert will go to… The Alzheimer’s Music Project
The project brings personalized iPods to people living with Alzheimer’s and other forms of dementia, helping them reconnect with the world through the music they love.

Brought to you by…