ALL RESERVED SEATS ARE: $20.00
[A Nominal $3.50 Convenience Fee is added ONLINE, BY-PHONE and AT-THE-BOX-OFFICE]
**Balcony seating is not currently available**

About Gary Backstrom and Band…

GARY BACKSTROM, the front man and founder of New England based jam band JIGGLE THE HANDLE, has played regionally as well as toured the country many times over the past 30 years. Gary has played at High Sierra Fest and headlined Berkshire Mountain Music Fest, Strange Creek and Wormtown Music Fest.

He has shared the stage with local favorites such as Max Creek, Assembly of Dust, Strange Folk, and Ryan Montbleau as well as opening for THE ALLMAN BROS, DEREK TRUCKS, LOS LOBOS, SPIN DOCTORS, THE SAMPLES, LITTLE FEAT, RAT DOG and WIDESPREAD PANIC. Backstrom has played with Liberty Devito, the drummer for Billy Joel’s Band, while touring with the symphonic rock group PIANO MEN playing rock concerts with various 60 piece orchestras around the country.

Recently, Gary has put together a stellar 8-piece line up of amazing musicians to form THE GARY BACKSTROM BAND. The lineup includes Chris Nemitz on keys, Everett Pendleton on bass, Peter Koeplin on drums, Yahuba Torres on percussion, Kit Holliday and Kevin Silvia on harmony vocals, and John Vanderpool on sax. Recently, Gary and crew have put together a tribute to one of their biggest influences, Todd Rundgren, and have had the pleasure of being joined on stage by many of Todd’s bandmates. 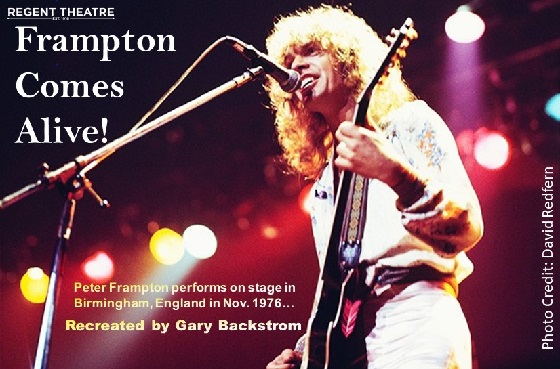