Available to Rent & Watch at Home

Exclusive early release......one of the great pianists of Rock ’n’ Roll history in an all new Award-Winning Documentary!

Filmed in four countries with more than 80 interviews from artists with a combined 58 Grammy Awards by the artist included, “Chuck Leavell: The Tree Man,” an Allen Farst film, is the cinematic documentary theatre premiere that shines a light on one of the great rock’n roll pianist/keyboardists over the last 40 years. Not just known for his musical influence, Leavell is also one of the biggest names in environmental forestry and was selected the National Tree Farmer of the Year in the United States. His commitment to the planet and his strong family ties are refreshing reminders to be kind and treat your neighbor with respect. As Leavell puts it, “...if you cut a tree down, plant two for the next guy.”

“A pivotal and essential part of the Stones! Rosie and Chuck, continue to take care of the Georgia Pines and looking forward to where we left off!”

- Keith Richards of the Rolling Stones 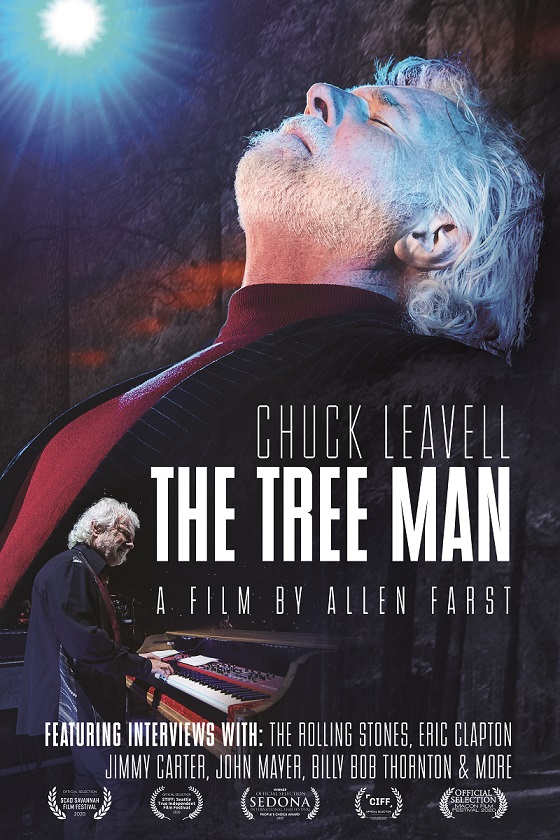