Rogério Morgado - One Show Only…

All tickets bought for this event are for RESERVED seating.
If you need reasonable accommodations, such as wheelchair accessible seating….
...please call our Box Office: 781.646.4849
Wheelchair Accessible seating is also Available Online

Rogerio Morgado has been a stand-up comedian since 2007 and has performed in several shows as a permanent cast in São Paulo, where the most prominent was “A Divína Comédia” together with Felipe Hamachi, Mauricio Meirelles and Danilo Gentili.

He has participated in the main TV shows such as “Agora é Tarde”, “The Noite”, “Show do Tom” and “É Tudo Improviso” and “Altas Horas” on Rede Globo.
Rogerio Morgado participated in the Oitavo Elemento of “CQC” and was a guest reporter on the program “A Liga” also by the Band.

In 2015 he was featured in “Domingão do Faustão” on Globo with his stand up and is currently the screenwriter of “Programa do Porchat” on Rede Record, as well as works in the production company “44Toons” as screenwriter and voice actor.

Today he travels to Brazil with his solo show “Stand Up Universitário,” performing in theaters around Brazil and at major festivals such as Risadaria, the largest comedy festival in Latin America. 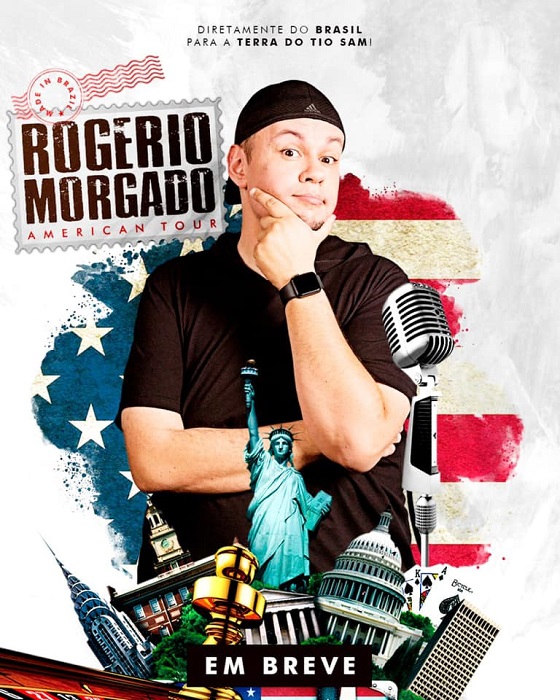