An aging woman with dementia converses with a hologram of her late husband as she desperately tries to hold onto her memories.

These are GENERAL ADMISSION film screening events.
If you or someone in your party requires seating accommodation…
...please call our Box Office: 781.646.4849
Doors Will Open for Seating 30-Minutes prior to screening…

The DINNER and a Show EXCLUSIVE OFFER available for this show!

SYNOPSIS: Eighty-six-year-old Marjorie spends her final, ailing days with a computerized version of her deceased husband. With the intent to recount their life together, Marjorie’s “Prime” relies on the information from her and her kin to develop a more complex understanding of his history. As their interactions deepen, the family begins to develop ever diverging recounts of their lives, drawn into the chance to reconstruct the often painful past. Built around exceptional performances from a veteran cast, Marjorie Prime shines a light on an often-obscured corner in the world of artificial intelligence and its interactions with mortality. Bringing us robustly into the future, Michael Almaryeda’s poetic film forces us to face the question, If we had the opportunity, how would we choose to rebuild the past, and what would we decide to forget?

“Not since Spike Jonze’s ‘Her’ has humanity’s uneasy embrace of seductive technology been given such soulful contemplation.” 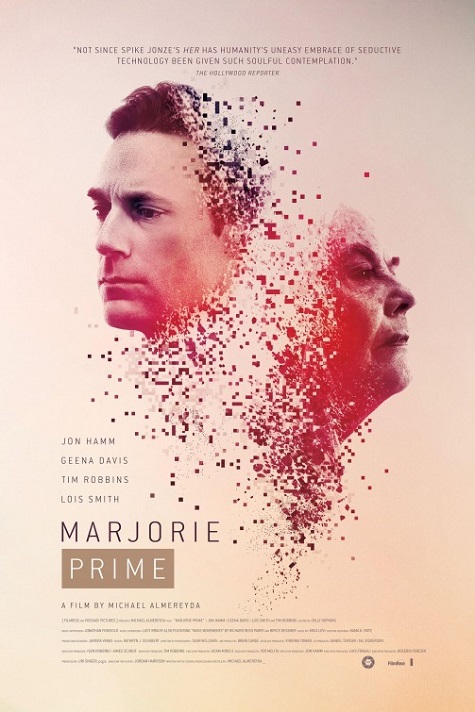