Simply one of the best guitarists in the U.S. today will celebrate the music and life of his friend, Jimi Hendrix

All tickets bought for this event will be for RESERVED seating.
If you need reasonable accommodations, such as wheelchair accessible seating….
...please call our Box Office: 781.646.4849
Wheelchair Accessible seating is Available Online

A ticketing fee will be added at all points of sale...

Balcony seating is not currently available & may open at a future date.

“About the event . . . In the late 1960s, 15-year-old Bob Wolfman and a friend were hanging out at Manny’s Music on 48th Street, otherwise known as “Music Row” in Manhattan, he says. Right around closing time, a customer wandered in. When Wolfman looked over, he was astonished to discover the newcomer was none other than Wolfman’s musical hero, Jimi Hendrix. Wolfman struck up a conversation with his musical idol and then, he says, Hendrix took him and his friend up the street for a steak dinner, where the two continued to talk music and guitar customization. The two struck up a friendship, Wolfman says, and stayed in touch occasionally over the next few years before Hendrix’s death in 1970.

Now, more than 50 years later, Wolfman, who has gone on to become a professional guitarist and vocalist in his own right, is commemorating his friend and profound musical influence with the release of his latest album Tribute to a Friend. The album, produced by Boston-based, Grammy-nominated recording artist Jon Butcher, includes Wolfman’s interpretation of nine lesser-known Hendrix songs, as well as two original tunes inspired by Hendrix. 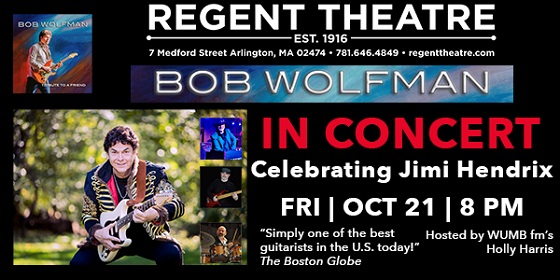