Alex the Jester - Hilarous Medieval Comedy -  For the BIG kids, too!

As seen on PBS, Off-Broadway, America's Got Talent, and on a skiff in Boston Harbor!

All tickets bought for the show will be for GENERAL ADMISSION seating.
If you need reasonable accommodations, such as wheelchair accessible seating….
...please call our Box Office: 781.646.4849

Present your Arlington Card for a discount…

Regent Family Fun Favorite Alex the Jester speaks a made-up, gibberish language that gets people laughing around the world. Looking like the joker in a deck of cards, his character is instantly recognizable, but seldom seen. His visual gags, cirque presentation, and mind blowing stunts both amuse and amaze.

He has performed at The Just for Laughs Comedy Festival in Montreal, World Performance Festival in Japan, and The Singapore Arts Festival. He has also appeared on PBS, Off-Broadway and America’s Got Talent. The US State Department sponsored Alex in Russia as a ‘Cultural Ambassador’ for his work in theaters and orphanages. Alex has a wife and two juggling teenagers in next door Somerville, making the Regent Theatre his back yard! 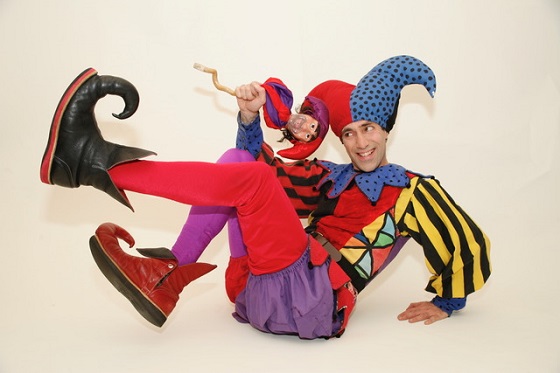