Film lovers unite in over 500 venues worldwide to view and judge the work of the next generation of global filmmakers...

MANHATTAN SHORT is the only film festival of its kind. The Final selections screen simultaneously across the world during a one-week period, where attendees vote for Best Film and Best Actor awards at each participating venue. Every short film selected will automatically become qualified for the Oscars of 2022. 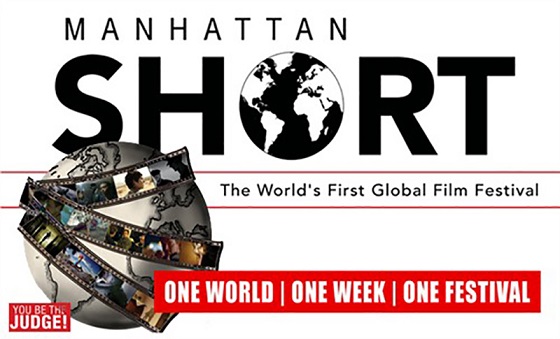 “It’s the Public that Creates Stars”

MANHATTAN SHORT began in 1998, when founder Nicholas Mason gathered an audience of 200 people and showed 16 short films on a screen mounted to the side of a truck on Mulberry Street, Little Italy, New York City. A year later the Festival moved uptown to Union Square Park NYC, where audiences grew to love the annual event. From these humble beginnings, MANHATTAN SHORT has now transformed into a worldwide phenomenon. Celebrating its 23rd birthday in 2020, MANHATTAN SHORT is the only film festival on the planet to unfold simultaneously, in more than 400 cinemas on six continents, bringing over 100,000 film-lovers in all corners of the globe together for one week, via the next generation of filmmakers.